Liphook is a large village set in Hampshire close to the Surrey and West Sussex borders. The area is surrounded by glorious countryside in every direction and is renowned for its beautiful scenery of rich and varied woodlands and colourful heaths.

Situated in the historic Parish of Bramshott, the village remained a small rural settlement whose main claim to fame was being a coaching stop on the main London to Portsmouth route. The Royal Anchor which still thrives today was a well known coaching inn, about halfway between London and the coast and was reputedly Lord Nelsons final overnight stay on land before embarking on The Victory to head off to Trafalgar.

The railway came to the village in 1859 which caused the decline of Liphook as a coaching stop although of course the village would feel the benefit of this arrival a century later. However with the opening of the A3 Hindhead Tunnel in 2011 the road route once again provides excellent links from London to the coast in addition to greatly improving the local commute from East Hampshire into Surrey and beyond. 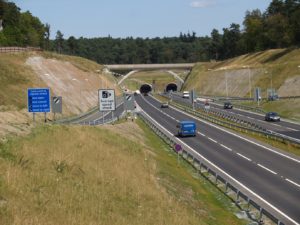 At the beginning of the twentieth century little had changed in Liphook but during both World Wars the village became home to many Canadian troops whose legacy still remains. The British Army with camps in nearby Longmoor and Bordon since Victorian times purchased more land in the centre of the village during the Second World War and the Liphook Ordnance Depot remained in the village until the early 1990’s.

It was during the 1950’s that the residential expansion in the area began to take place. Commuters were drawn to the village by the good railway connections and from 1958 through to the present day, houses of all sizes were built to accommodate the growing population and the village gradually transformed into the thriving community that it now is. 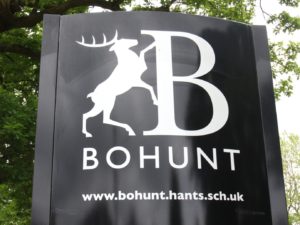 In 1978 Bohunt School was opened and joined Liphook Infants and Juniors in providing education for most ages groups which was expanded to include a Sixth Form College in recent years. In the Independent sector the renowned and established Highfield and Brookham Schools were joined in Liphook in 2003 by Churchers College Junior School. 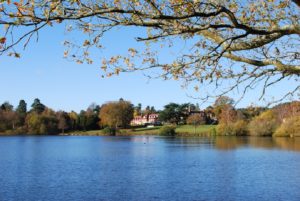 Liphook has a strong community feel with many well-supported clubs and associations. Liphook in Bloom ensures the village centre with its Conservation area around the historic Square is a riot of colour. Since 1903 the people of Liphook with their families have come together on the night that the clocks go back as the village plays host to the Liphook Carnival, a procession of floats through the village, followed by a bonfire and fireworks. 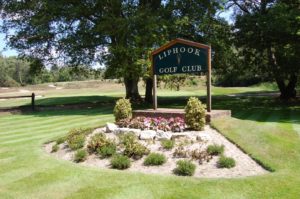 There are many leisure amenities in the area including Champneys Forest Mere Health Spa, whilst for the golfing enthusiast there is the historic Liphook Golf Club and also the Old Thorns Golf and Country Club originally conceived by the famous entrepreneur Ken Wood with its Peter Alliss designed course. Liphook also has a thriving football club and cricket at the Liphook and Ripley Cricket Club. The village boasts a good range of shops, both national and local independents. There are some fine pubs and restaurants and numerous coffee shops and takeaways. Liphook also has doctor’s surgeries, dentists and opticians and can cater for most day to day needs. 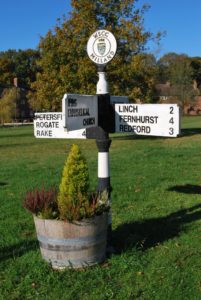 The village directly adjoins the South Downs National Park and much of the land in and around the parish is either within the Park or owned by The National Trust. For the walking enthusiast there are a wealth of walks to be discovered, with a huge network of footpaths and bridleways to be enjoyed, including the Shipwrights Way, Sussex Border Path and the Serpent Trail. Common land nearby includes Weavers Down with its wonderful, elevated views, beautiful Chapel Common, Iron Hill and Stanley Common. Situated in village centre lies Radford Park with its millponds fed by the River Wey and features riverside and woodland walks.

From Liphook, Clarke Gammon Estate Agents covers a wide area including the villages of Bramshott, Milland, Rake, Hill Brow and Liss, Headley and Headley Down and Grayshott. The A3 offers superb links to the South Coast, Guildford, M25 and London, whilst the village itself is well-placed for the nearby towns of Petersfield, Haslemere, Godalming, Farnham and Chichester.

Bramshott, situated just one mile to the north-east of Liphook is a small pretty village, offering a lovely selection of charming cottages and houses and just a short distance from the A3. The village adjoins Bramshott Common with its network of footpaths and bridleways. The village is perhaps most renowned as being the home of the historic parish church, St Mary’s with its thought-provoking Canadian War Graves which are tended by the War Graves Commission.

The village itself is well-known for its thriving community spirit with its annual open garden’s festival being one of the year’s highlights. Bramshott is a lovely location for those looking for the benefits of small village life, but with superb facilities and amenities close to hand.

South of Liphook and just across the border into West Sussex, Milland is the quintessential English village with a public house, local shop, Infant School and village green. Set in the South Downs National Park and surrounded by many miles of open farmland, Milland is the perfect location for those wanting village life, but with convenient access to the area’s road and rail networks and the nearby towns of Petersfield, Midhurst and Haslemere.

Close to Milland lies one of the areas historic country estates, Hollycombe. Nowadays Hollycombe is mostly known for being the home of the Hollycombe Steam Collection, which is one of the largest collections of working steam-powered fairground rides in the country and is open to the public.

Nestled in the Milland Valley, the surrounding area is noted for its many attractive hamlets such as Borden Wood, Redford, Iping and Stedham, all of which offer fine country homes, picture postcard cottages, lovely walking country and some fine pubs!

Heading south west from Milland, you encounter Rake, Hill Brow and Liss, again set in the South Downs National Park and offering many miles of footpaths with walks across Durford Wood and Rogate Common. On the road from Rake to Hill Brow there are some astonishing and far-reaching views across the Milland Valley.

Liss and the surrounding area offers homes from first-time buyer apartments, right through to large country estates. It also has a range of local shops and amenities, school and mainline railway station as well as easy access to the attractive market town of Petersfield with its extensive leisure, educational and shopping amenities.

Heading in the other direction and just three miles to the north of Liphook lies the villages of Lindford, Headley, Headley Down and Arford with its pretty cottages, narrow lanes, and riverside country pub. A semi-rural yet residential environment which adjoins the National Ludshott Common and Waggoners Wells, there is an extensive variety of property types within the area. Nearby Grayshott offers more comprehensive amenities, including a good selection of shops, schools and easy access to Hindhead Commons, The Devils Punchbowl and the A3.

Contact our Liphook Office for more help and advice about moving home in Liphook.