Osborne Court House is an attractive single storey cottage which originally formed part of a substantial Victorian farm and was created some fifty years ago by converting the original apple store and its garaging was formed from what was the stabling. The attractive stone and exterior clad elevations have benefited from the doors and windows being replaced with double glazed units, which very much maintain the character of the building. The entrance lobby give access to the hall and cloakroom and leads to the living room with its feature fireplace and wooden flooring. The kitchen is beyond with a fully fitted range of limed oak units and full appliance space. Off the hall is an inner hallway which leads to the two double bedrooms, both with built-in wardrobe cupboards and the bathroom.The cottage is approached by a long tarmac drive and leads to the large single garage with electric up and over door, which is situated to the side of the cottage, where there is also parking. There is also additional visitors parking for the whole community. The courtyard garden enjoys a southerly aspect and is walled on two sides and provides spacious outside living with well-stocked flower borders, raised sun terrace with crazy paved pathways. The whole is designed for ease of maintenance.The property is set in the heart of the village being within a level walk of all amenities including the mainline station and the new and exciting Living Room Cinema with its all-day café and light bites which transforms into a cocktail/wine bar of an evening. There is access nearby to many miles of open walks and countryside, much of which is within the South Downs National Park. Liphook itself provides an excellent range of facilities including schools for all ages, along with a Sainsbury’s superstore and many other local shops, dentists, and doctors’ surgeries. There are a number of sporting clubs in the area, as well as two golf clubs and health spas.

TELL SOMEONE YOU KNOW 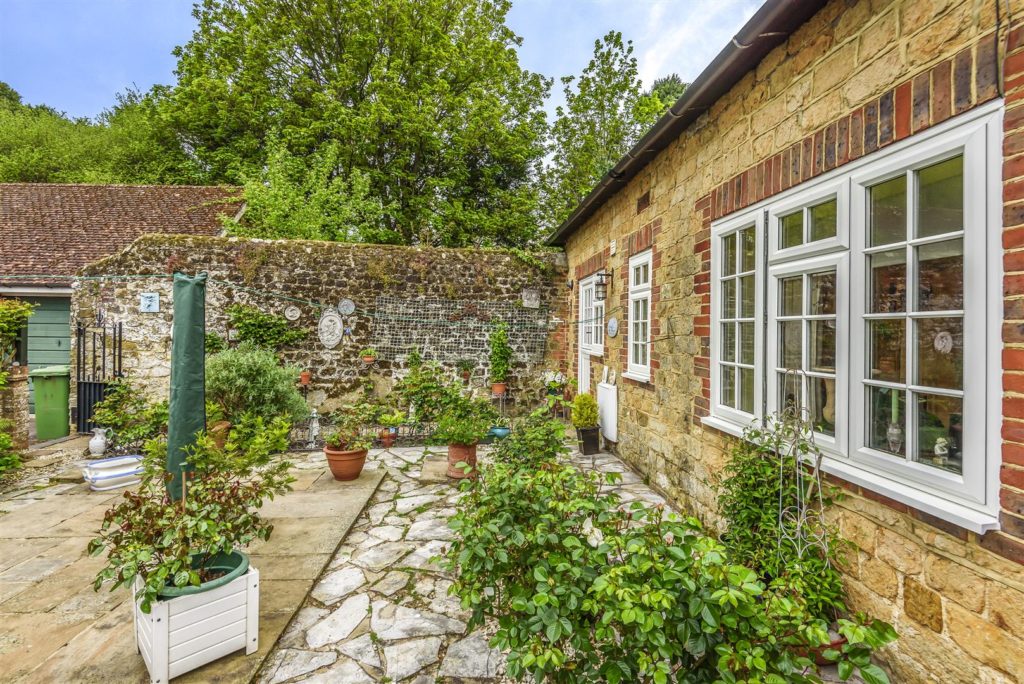