Set in an extremely visible location right in Liphook village centre, the office is both spacious and offers a wide frontage that provides prominent and effective property display space visible to both pedestrians and car drivers.

Opened in 2006, the office deals with all types of properties ranging from flats through to large country homes in and around the village and wider environs, as well a wealth of New Homes.

Liphook is surrounded by glorious countryside in every direction; set in the county of East Hampshire, it also lies close to the Surrey and West Sussex borders. This ‘three counties’ setting is renowned for its beautiful scenery of rich and varied woodlands and colourful heaths. Much of the land in and around the Parish is owned by the National Trust while Liphook itself and many of the surrounding villages are situated on the edge or within the South Downs National Park. On the northern boundary, the River Wey winds through open parkland.

Liphook grew in popularity as a coach stop on the London to Portsmouth route; Samuel Pepys records in his diary that, having lost his way in the forest on his journey to Portsmouth to inspect the naval vessels, he arrived at the inn at Liphook where he found there were ‘good honest people’. The poet Lord Tennyson had his last home at Blackdown, just over the Sussex border, and he frequently walked across to Bramshott, the unspoilt beauty of which is immortalised in some of his verses.

From 1916-1928, Liphook was the home of Flora Thompson, poet and author of the trilogy Lark Rise, Over to Candleford and Candleford Green.

Liphook enjoys a great sense of community; on 'the night the clocks go back' (usually the last Saturday in October) the village plays host to the Liphook Carnival, a procession of floats through the village followed by a bonfire which has taken place since 1903.

For the commuter, trains to London take just over an hour while the new A3 trunk road has dramatically improved access to the South Coast (25 miles), Guildford (18 miles) and London (56 miles). Liphook is also ideally placed for work, shopping or simply a day trip to the nearby towns of Petersfield, Haslemere, Godalming, Farnham, Midhurst and Chichester. 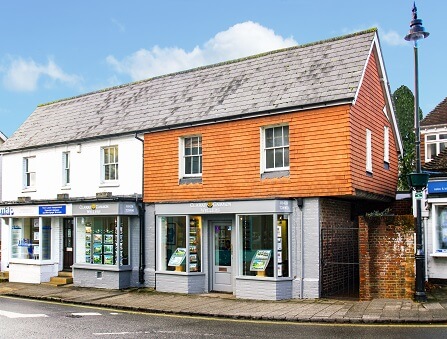 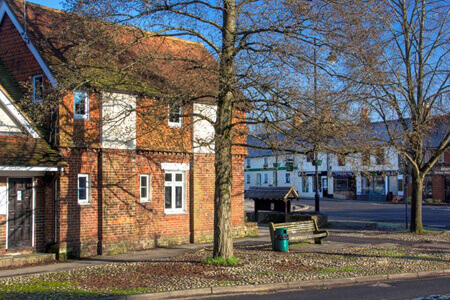 Once logged in you can amend your personal details, add/amend/delete email alerts and access your saved properties.

New property alerts are sent to your requested email address at your selected frequency once an we publish a new property or a price change takes place.

To manage your alerts, click on the members icon at the top of the screen once you are logged in alternatively you can access this from each and every property.

You can register here!